​In appreciation Hospice of Washington County recognized WCREPA's generosity by displaying our name in 3 places at Doey's House.  The photos below show the 3 forms of acknowledgement.

​The "Honoring our Angels" plaque is located in the main entrance lobby. 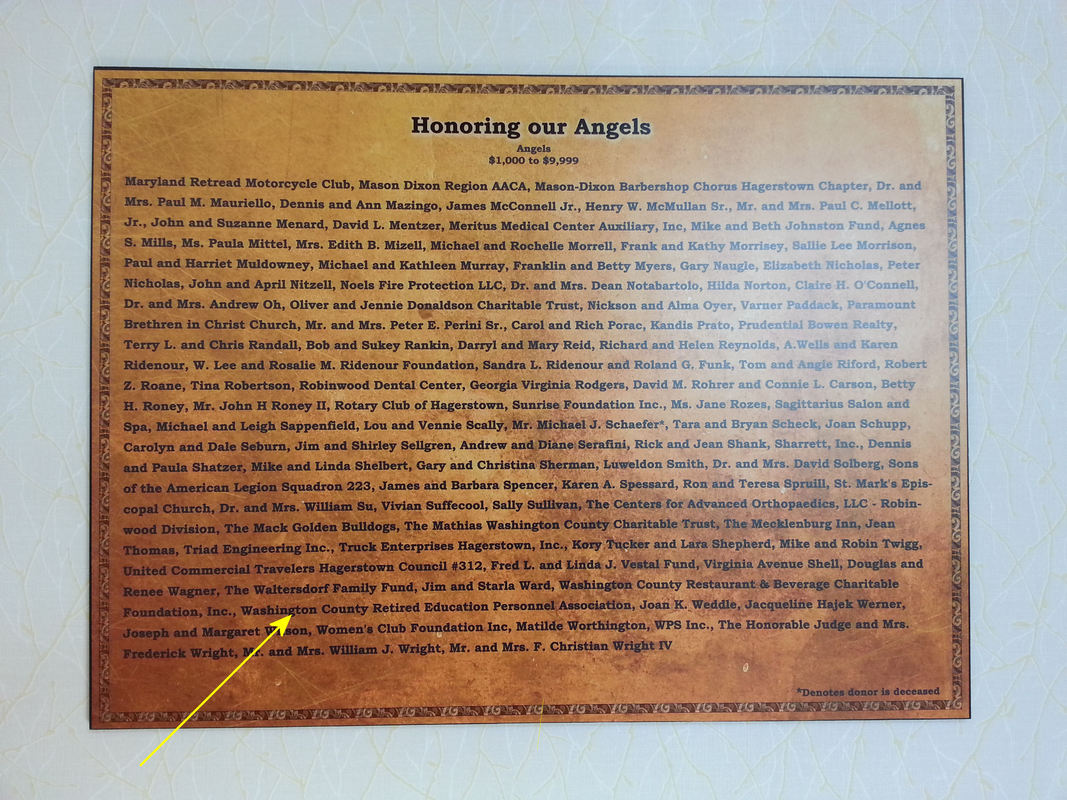 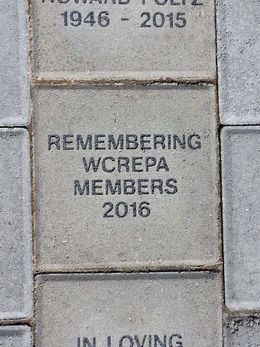 ​The pavestones recognizing WCREPA are located in the front of the Doey's House in the entry walkway. 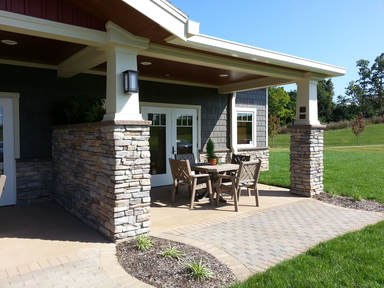 A patient patio at Doey's House which WCREPA sponsored and we are recognized on a plaque on the patio. 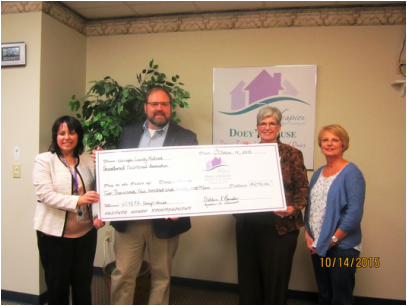